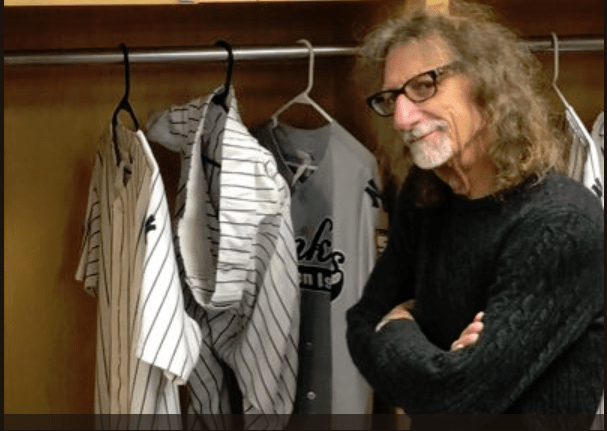 In 2001, the fourth year of Tout Wars, I invited Lawr Michaels to join the American League. At the beginning, nobody knew anything about this flighty throwback from the 1960s, and I heard more than one comment questioning my decision to bring in a “village idiot” to the league.

He did not dispel the impression quickly, drafting two high-priced closers early in the draft, then filling his Utility spot with catcher Chris Widger. I asked him if that was a mistake, and he just shrugged his shoulders and laughed.

Lawr proceeded to win the league on the backs of his pitching staff. “Idiot” was replaced by “curiosity,” and eventually “savant” as we warmed to his uniqueness, and he became instrumental in helping to build the new community.

When I relinquished the reins of Tout after that season, Lawr joined the group that continued to coordinate the leagues. In 2004, when we were approached by Sam Walker about his “Fantasyland” book project, we proceeded with cautious optimism; Lawr supplied the optimism. His exuberance may have been the only thing to get us through the eponymous film four years later.

The “Fantasyland” experience fostered the creation of the Tout Wars LLC, which Lawr was a part of from the start. Tout weekend became a full-fledged event during this time, including the annual public gathering at Foley’s, and capped by our Sunday lunch at Virgil’s. Virgil’s was all Lawr, because the Times Square mainstay had “the best wings I’ve ever tasted, ever.”

Lawr won his second Tout title in 2009, taking MLB.com’s Mike Siano down to the very last day of the season. At the following March’s draft, he passed off his celebratory moment – and initial player nomination – to Mike, acknowledging him for making that experience so much fun and challenging.

Over his 18-year tenure in Tout-AL, Lawr won and lost as often as anyone, but he was always engaged for six months each season. His success was driven, in part, by his amazing memory. Yes, it gave him instant recall of random music and literature references, and unremarkable events at baseball games he attended decades earlier. Yes, he was able to archive obscure details about family members of passing acquaintances, endearing him to so many people. But it also allowed him to sit down at a draft table and let his Zen take over. Sometimes he hardly prepped at all; he didn’t have to.

Joe Sheehan wrote that gatherings like Tout Wars “…are both collegial and competitive, an environment where you’re hanging out with people you like, but you also need to beat them to gain prestige, build a brand, make a dollar. Lawr Michaels… lived as if that part didn’t exist at all. He just wanted to connect with you, over whatever you loved. Your draft, your team, your new putter, your favorite band, your kid.”

Lawr Michaels was the heart of Tout Wars, though the beat was uniquely his. It breathed life into this “game about a game” and the camaraderie he fostered for nearly two decades. We’ll need to hold tight to the oxygen his memory leaves us with now.

Below are links to some of the tributes posted by friends and colleagues (to him, all friends):

Brian Walton: The Man and His Brand

Todd Zola: Not Too Old to Rock but Too Young to Roll

Tom Muscarella: Song of the Week – Livin’ With a Flashlight, Lawr Michaels

Peter Kreutzer: Lawr Michaels, Have Fun Til the End