Despite his stellar score, Jeff did not qualify for the Survivor Championship Tournament. The last three Golden Tickets were secured by Period 5 winner Justin Mason, Michael Beller and Gene McCaffrey. For his period winning effort, Justin also wins a complementary t-shirt from Rotowear.

Rick Wolf captured the wild card entry by finishing with the most points over the course of the 20-week competition. Beller finished in second with 2016 and 2017 overall points leader Todd Zola winding up in third.

Next week begins the 3-day Survivor Finals. The first day features the 16 Golden Ticket winners. The top-eight scores advance to the next round, then the top-four play in the third and final day. The person with the most points scored over the entire three days will be crowned 2018 Tout Daily Champion.

Here are the 16 Golden Ticket Winners:

Look for updates next week as Derek Carty looks to repeat as Tout Daily Champion. 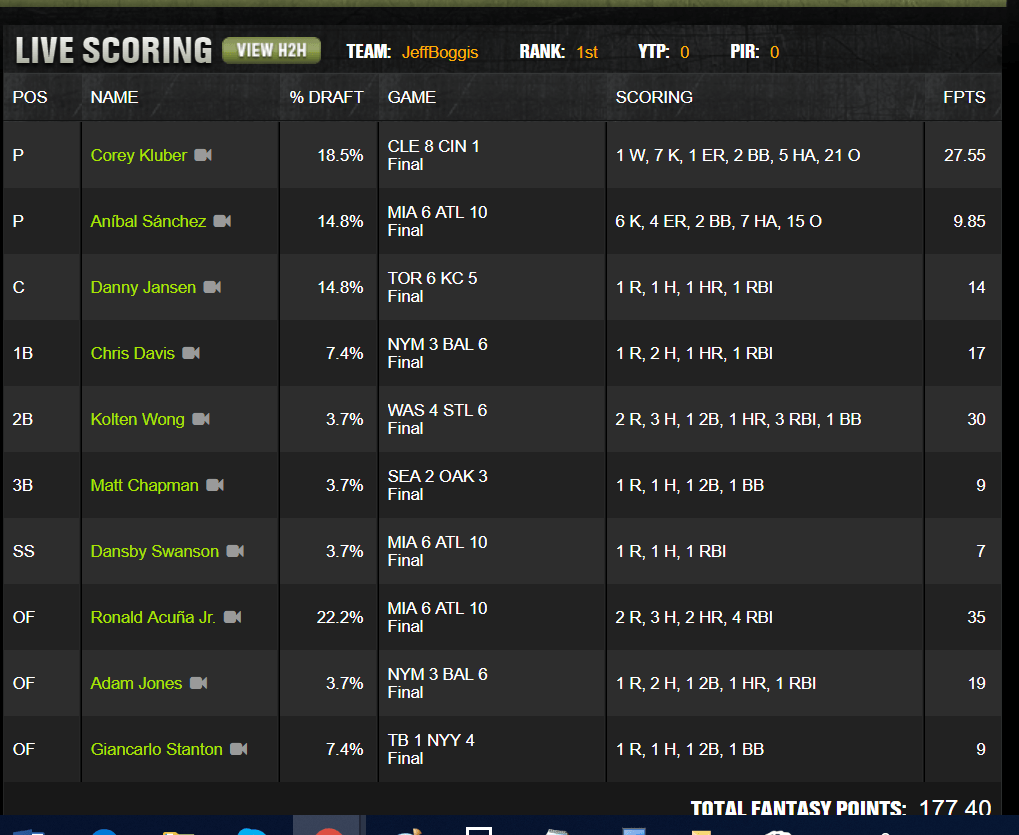