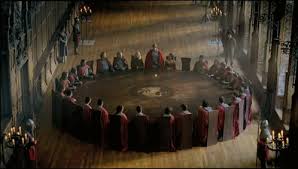 We’re down to the nitty-gritty and sometimes we have to make difficult roster moves. There is less margin of error, so this week, we asked the Touts:

Have you made any tough drops or benchings of top players this month?

Ryan Bloomfield (BaseballHQ, @RyanBHQ): Of course! Choosing your drops can be just as tough as placing your bids (and it’s a bad feeling to drop somebody, only to have them come back and haunt you on a different team). That said, it’s fair to be agressive on drops for anyone missing over a week at this point (looking at you, AJ Pollock). You should be even more aggressive dropping pitchers (Kershaw a prime example), as there’s not much time to build up to a point where they can go 5+ innings to qualify for a win or rack up a meaningful number of Ks.

Derek Carty (RotoGrinders, @DerekCarty): Not yet, unless you count Miles Mikolas in NL-only, who over a full-season would be a $5-10 player, but it’s coming. As you get late in the season, remaining matchups become crucial for pitchers. My Giants pitchers like Alex Wood and Logan Webb have a tough schedule ahead, Kyle Hendricks has some tough matchups, and so I’m certainly considering dropping otherwise good pitchers in the final couple weeks of the year if they project to hurt my team more than they help it as a result of context.

Rick Wolf (Fantasy Alarm, @RickWolf1): In Tout AL, we had to drop Shane Bieber even though he may pitch a couple of games this season. We needed to collect the FAAB to protect from other teams getting pitchers off the FAAB wire. Always tough to drop your lone ace.

Anthony Aniano (Rotoballer, @AAnianoFantasy): It’s never easy to bench a player who you drafted as a corner stone to your team, but if you are in contention right now you do what is needed. Case in point is Yu Darvish..watching him pitch to a ERA over 11 over the last month has made him difficult to rely on down the stretch where ERA points are seperated by a hundredth of a point.

Mike Podhorzer (Fangraphs, @MikePodhorzer): No, because if they are “top” players than they should be projected for a strong final month, regardless of how they have performed over a small sample of five months this season.

Michael A. Stein (Fantasy Judgment, @FantasyJudgment): I drafted Jarred Kelenic in almost every league I am in, and it finally got to the point I had to let him go in non-keeper leagues. He has not proven he can hit Major League pitching thus far, and his batting average became an albatross. I dropped him in a couple leagues and benched him in some others. I also let go of Gary Sanchez in a couple league for the same reason as I could not justify keeping him rostered at this point.

Patrick Davitt (BaseballHQ, @patrickdavitt): Not this year, but many times in past seasons. Almost always to protect ratio categories, but sometimes to try to hustle an extra HR here or Win there. Ya gotta do what ya gotta do.

Fred Zinkie (Yahoo! Fantasy Sports, @FredZinkieMLB): I haven’t dropped a true star, but I have sent Adam Frazier, Sean Manaea and Isiah Kiner-Falefa to waivers in 15-team leagues. Cody Bellinger can start packing his bags, because I’m counting down the hours until I drop him on Sunday!

Brad Johnson (Patreon/BaseballATeam, @BaseballATeam): Tommy Pham is back to mostly bench duty for me in a 15-team dynasty league. He and Eugenio Suarez built a deep hole in batting average for me to climb out of – the only reason I’m not soundly winning the league. Since July 20, Pham is hitting .148/.266/.270. Truly dreadful stuff. In his place, I’m using Josh Rojas, Jo Adell, or Chas McCormick most days.

D.J. Short (NBC Sports Edge, @djshort): We’ve definitely reached that time. There are certainly the obvious injured players who no longer warrant your patience, but it’s also about admitting defeat with players you had high expectations for going into the year. For me, that would be the likes of Dom Smith and Jarred Kelenic. With Smith, he’s being pushed into part-time duty now that Jeff McNeil is playing a lot of left field. And with Kelenic, at this stage in his development I don’t have the confidence that he can do any better than a hunch waiver wire pickup. So yes, we’re just at the time of year where you are being realistic about opportunity and production.

Nick Pollack (Pitcher List, @PitcherList): It’s the hardest decision we have to make in September. Sadly, there’s a gaunlet of tough opponents of the horizon for many arms (e.g. Anthony DeSclafani and Chris Paddack) and it would be unwise to not scour the wire before blindly keeping them on your roster.

Jeff Boggis (Fantasy Football Empire, @JeffBoggis): I’ve had to bench Dansby Swanson which I thought I would never have to do this season. Like the Atlanta Braves, he’s slipped into the abyss. Once a top 10 player this season, he has not been the same player after Ronald Acuna Jr. went out with a season ending injury.

Scott Swanay (FantasyBaseballSherpa, @fantasy_sherpa): Generally no – between injuries and COVID, most lineup decisions are pretty clear-cut, even when you’re targeting a specific category or two. In an AL-only league I’m in I benched Craig Kimbrel recently because I need Wins and Saves more than the ratio and K help he provides.

Geoff Pontes (Razzball, @ProspectJesus): I traded for Nick Pivetta in a keeper league due to his RP+SP eligibility. With limited DL spots and a competitive roster in a head to head points leagueI had to cut bait. Knowing I moved capital to add him and then cutting him during the semi-finals week was a tough pill. On the bright side I added Joe Ryan.

Ariel Cohen (CBS Sports, @ATCNY): Nothing too terrible thankfully this year. I suspect though that the majority of these decisions arise from injury rather than poor play.

Glenn Colton (Fantasy Alarm, @GlennColton1): Rick Wolf and I had to decide by August 31 whether to take the FAAB rebate on Shane Beiber in Tout AL. Tough to lose your ace (70% of our pitching expense on draft day) but we decided that the Cleveland baseball franchise was either unlikely to push Shane back or unlikely to push him to 5+ IP needed for wins if he did come back. We fear he goes out and does his thing for 3-4 starts and get 5+ K even in short outings but the opportunity to have the FAAB hammer in September was too much to pass up. We shall see how it works out.

Doug Dennis (BaseballHQ, @dougdennis41): Operative word for me is “tough”–nothing tough about it, you just have to make the best call you can with the information you have. Easy to do in redraft leagues–no time left for putzing around. In my dynasty, it is not drops as much as benching active players who are not getting it done (Bellinger and Hendricks are primary among those) but these are not hard decisions, really, imo.

Jason Collette (Rotowire, @jasoncollette): Through September 8th, 59% of wins have been assigned to relief pitchers in September. That has flipped the script from the first half of the season when 60% of wins went to starters. I’m taking the stance that 1-start pitchers, regardless of pedigree, are not auto-starts this week over high-performing relievers on contending teams.

Zach Steinhorn (CreativeSports2, @zachsteinhorn): Mike Moustakas might not fall under the “top player” category but when I spent $14 to roster him in Mixed Auction Tout Wars, I didn’t expect to bench a healthy Moose under any circumstances. But I also didn’t expect him to lose everyday player status, sitting against left-handed pitching. I’ve already benched him in weeks where the Reds faced three or more southpaws and will continue to do so over the season’s final three weeks. Maybe being without Moustakas for most of the year due to injury has made this lineup decision easier.

Derek VanRiper (The Athletic, @DerekVanRiper): Add me to the list of people who have had to make the difficult decision to drop Shane Bieber. The circumstances for me were a keeper league where I’m battling three other teams for the title, the added roster flexibility to max out in whatever category I wanted to chase in a particular week outweighed the limited value of a few late-season innings, which are no guarantee. Back in the first half, I strongly considered dropping Mike Trout for a billion in FAAB for the mixed Tout Wars auction, but talked myself out of it since the timetables at then pointed toward an August return. Going forward, I’m wondering how much team quality needs to be in the calculus with injuries that carry 8+ week timetables. Regardless, I was wrong about waiting it out with Trout in this instance, and even more wrong about the direction of Anaheim back in June.

Toby Guevin (BatFlipCrazy Podcast, @batflipcrazy): The most difficult drops have been moving on from the elite starting pitchers with some uncertainty about their possible return, particularly deGrom and Bieber, both of whom I dropped a month ago. You always risk missing out on good starts if they come back in time, but in the majority of instances, most pitchers in situations like Bieber and deGrom won’t come back to pitch meaningful regular season innings and the roster slot in non-IL leagues is important. The other tough drop was Kyle Hendricks, who I dropped a couple weeks ago in 15-team league. Hendricks hasn’t been himself with his control and with his Ks down and now on a bad team, there just aren’t a lot of ways for him to contribute. I’d rather have a RP who can give me similar Ks with less risk of a gnarly start. Finally, there have been some decent hitters who’ve found themselves in platoons, and at this point in the season, every day PAs can give you an important advantage, so I’ve moved on (Eugenio Suarez comes to mind as an example).

Shelly Verougstraete (Dynasty Guru, @ShellyV_643): I’ve been lucky and haven’t had to bench ‘stars’ like Cody Bellinger. However, in some leagues with wins as a catagory, I’ve been benching ‘ho-hum’ starters for relievers that have been picking up wins.

Todd Zola (Mastersball, @toddzola): My toughest drop was Xander Bogaerts, as soon as it appeared he was going to be out a bit with COVID-19. Bogaerts has seemingly been playing with a sore wrist over the second half which greased the skids a bit. Further, I was able to pick up Nicky Lopez and since I needed steals, the move was rather serenpipitous. In retrospect, maybe dropping Bogaerts wasn’t so difficult after all.