In my last Tout Wars mixed drop-in, I complained about being in third place. Today, I’m thanking it … well, as much as I possibly could with only a few days left in the season. END_OF_DOCUMENT_TOKEN_TO_BE_REPLACED

Brian Walton has such a giant lead in NL Tout that it is hard not to be upset that he’s lost Albert Pujols to a fractured forearm for a month. Too bad! I feel really badly that his great season has been tarnished, and I really really hope he’s able to hold onto his lead.

USA Today’s Steve Gardner, another Tout NL competitor, feels badly for Brian, too, though he doesn’t come right out and say it.

Links to the Tout Standings, Transactions and Rosters, which are found in the right nav bar, recently broke, but now they’re fixed. Thanks for you patience.

Fred Zinkie, of fantasybaseball.com, was Tout AL commissioner last year. And what does he do in the postseason? 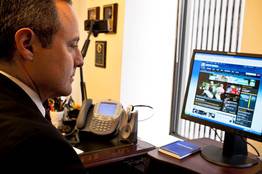 Glenn Colton and his partner, Rick Wolf, have had great success in LABR, and good success in Tout Wars. The Wall Street Journal noticed that Glenn is also a lawyer.

While Scott Pianowski dealt Manny Ramirez to Larry Schechter for Nyjer Morgan in a classic power for speed deal, in a rare deal between the first and second place teams. 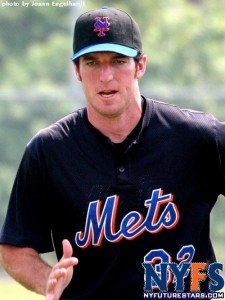 The picture is of Ike Davis, because Phil Hertz opened a slot on his active roster for Davis on April 26 by trading Marlins first baseman Gaby Sanchez and Arizona outfielder Chris Young to Todd Zola for a pair of Ryans: Cubs pitcher Dempster and Pirates outfielder Church.

“And with that, Phil Hertz begins the Ike Davis era,” said Larry Schechter.

“I prefer to look at it as the end of the Micah Hoffpauir era myself :(” said Todd Zola.

Tout Wars is pleased to announce the Society of American Baseball Research’s sponsorship of the SABR Trophy, with a presentation by SABR Board member F.X. Flinn of trophies to the three 2009 Tout Wars champions before Friday’s Tout Wars AL Draft.

Tout Wars and SABR hope this inaugurates a long association of championship-caliber play and an expanding appreciation and understanding of the game of baseball.