Here are some links to what the Tout had to say about their teams.

This is the place for links to analysis of the 2017 season by the Touts. Read what they had to say before the season here. This page will be updated from time to time, as there are more submissions.

NL: Mike Gianella (this is behind the BP paywall as I post, but that should be lifted later today) 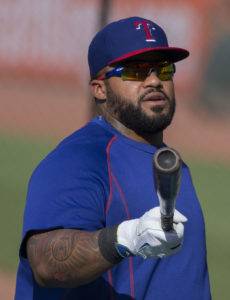 Post mortems are tough. You try to explain your team, your thinking, your approach, and you constantly run the risk of sounding like you’re talking about your fantasy team! Which is a no-no, of course.

Jeff Erickson gives his 2016 Tout Wars team a post mortem. It was an ugly season for Jeff, and he fearless wades into the mess to explain why. SPOILER ALERT: Hitting.

But he does such good, honest job it’s worth the read to learn how to do your own post-mortem. Read it here. It’s on the free side of Rotowire.

More recaps are on their way.

“If the entire final month left me seasick, the final weekend made me schizophrenic. In fact, it almost made me jealous of the fantasy writers who cover both baseball and football, as I would have had a healthy distraction. Almost. By the halfway point, Pat had taken the overall lead and I was staring down the barrel of what would easily have been my worst period of the entire contest. A week later, my luck had turned and my offense started hitting–pushing me to a 5.5-point lead overall and a little more comfort, which would hold until the final lineups were set on Friday. From that point on, my team’s performance became irrelevant, as Pat’s team was absolutely firing on all cylinders. My lead was down to one at the end of the day Friday and gone by the evening games on Saturday.”

You can read Bret’s story at Baseball Prospectus. It’s on the free side of the paywall.