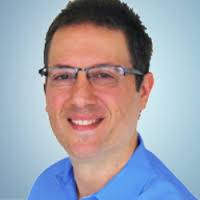 Every fantasy baseball season brings its own challenges. Al Melchior graciously shares his observation about his 2015 results, and how that might help him plan for 2016.

I can’t believe how big the whole thing is now. Back in the day we would huddle in the dank basement of some New York bar. One year we drafted in Steve Moyer’s basement, which I thought was great but later heard tell of other putative Warriors who did not. Now there are at least a hundred people there either drafting or media-involved. Even girls! Maybe three! TV cameras, live radio broadcasts, no question we’re big shots.

The best thing is that the people are terrific. The very few assholes who have passed through the expert ranks of fantasy baseball over the years all disappeared quickly. I mean, I’m the biggest asshole there and I’m only an asshole sometimes. But you want to know about my team.

I won the battle but I may have lost the war. Here’s The Conundrum: in NL- or AL-only leagues the bargains are going to come on the pitchers, but you can’t get too many or you won’t have enough money to buy an offense. Everyone is spending 30 percent or less on pitching and bragging about it, which ABSOLUTELY guarantees that 1) pitchers will be undervalued, and 2) hitters will be overvalued. (A corollary is that some team or teams who don’t spend on pitching are going to score some pitching bargains, making them instant contenders.) When it works it looks great, when it doesn’t—which is usually since everyone is doing it—it looks terrible, but no one cares because odds are that’s what the winner did. To me this state of affairs calls for a contrary strategy and hence the conundrum. END_OF_DOCUMENT_TOKEN_TO_BE_REPLACED 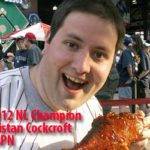 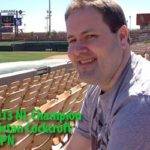 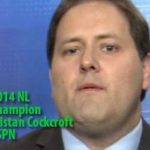 Straight up and painful self evaluation.

Good health and good pitching pickups on the waiver wire were a part of it, but to get the full measure check out the full post. His showing of draft prices and season earnings for each roster spot is instructive.

Actually, Spianow wrote a story over at Yahoo! explaining why he sold low on Shin Soo Choo, by trading him to Jeff Erickson in the Yahoo Friends and Family League and to Fred Zinkie in Tout Wars Mixed Auction. So the headline here could have been:

But we chose to go with the Dog Bites Man hed, though it would seem to foreclose on us using it again. Because Zinkie will make another trade. He also promises us his thinking about taking on a bum like Choo later, after he handles some personal business.

In the meantime, enjoy Scott’s Closing Time piece. There really is something good called Selling Low.

Brian Walton weighs in on the Tout Wars rules regarding FAAB, and how Scott Swanay’s draft day adventure puts them in a different light.

I woke up the day after the TW Mixed Draft to a curious email. It was addressed to me and said that my team had won the draft because my team had taken Mike Trout (duh) with the first pick in the previous night’s draft. Okay.

The issue was I was the live blogger, not a participant, but then I realized that in order to observe the draft I made myself a coowner of Tom Kessenich’s team. Tom had the first pick by virtue of having finished second in the league’s inaugural season and last year’s champ, Mike Podhorzer, moving to play in one of the only leagues this year.

So, I read on. CBSsports, who hosted the draft, went on to say:

Thanks to players like Mike Trout, Tom Kessenich are the team to beat

It’s a long way to October, but you have won the first round, winding up with the top ranked draft. Your squad, led by Mike Trout, are projected to wind up with 96 category points. That’s 39 more points than Ray Murphy are projected to come up with. Coach Murphy will have all year to prove us wrong, but for now, Ray Murphy are slated to finish in last place.

Another team that will have some struggles is Tim McLeod, who have the worst infielders in the league. Coach Mcleod will have to trot out Corey Hart, Howie Kendrick, and Cody Asche into the starting lineup. Perry Van Hook, meanwhile, are the class of the league in that area, with infielders Miguel Cabrera, Mark Trumbo, and Jose Altuve.

Your strength is mainly in your pitchers, who project out to be the 2nd best in the league. That outstanding group is the reason why you are expected to wind up in 3rd place in the wins category.

Turning to individual picks, we tapped charlie wiegert as having made the best pickup with Robinson Cano in the 18th slot. He was projected to be off the board a full 11 picks earlier. On the other hand, Ray Murphy made the worst move of the draft. Coach Murphy selected Shin-Soo Choo with the 20th pick, which we pegged as a serious reach.

Your best pick up of the draft was Max Scherzer, who was expected to have been selected in the 24th slot, but who you got with pick #30. However, you mixed in some (minor) duds as well, the worst of whom was Zack Greinke, taken 12 spots ahead of what his average draft position suggests.

Paragraphs in italics are unique to your version of your league’s Draft Recap.

Perry Van Hook’s draft review runs at Mastersball. He makes an astute point about reserve and DL list use in Tout, and lists the rookies taken and when they went.

Nick Minnix writes about forgetting that Tout Wars uses On Base Percentage rather than Batting Average, which led him to take Adam Jones instead of Joey Votto with the seventh pick. Remember Touts! All Tout Wars leagues are OBP this year! AL touts are hoping Larry Schechter forgets.

The introduction to Paul Sporer’s piece about his team, picking from the 14th slot, before it hides demurely behind the Baseball Prospectus paywall. For subscribers only.

Inside the Mind of a Tout, is a radio clip featuring Adam Ronis talking about his team.

Lots of recaps were heard on the radio, which is a little harder to link to, but send clips if you have them!