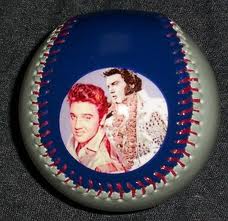 The big fight in this week’s NL FAAB showdown was Alex Presley. As a player with some major league success last year, demoted after a slow start this year, and off to a good start since he was promoted last week, he’s the ultimate cojones test. How good is this guy? Or, more importantly, how good will he be the rest of the way this year?

I bid $18 in Tout NL, not expecting to get him, I didn’t actually have a hole to fill, but I didn’t want anyone to get him cheap. I shouldn’t have worried. The bids, from least to most:

Carty has a woeful offense right now, and his bid was an attempt to fill a hole.

Gianella’s team is also lacking offensively, but is somewhat better poised to strke, so his bid is an attempt to add a real offensive player to his team. Both big bidders had a big need for some hitting.

The interesting thing is that both Carty and Gianella basically bid all they had (each bid $5 less than their budget) on Alex Presley.

Which one do you think will wind up In the Ghetto?