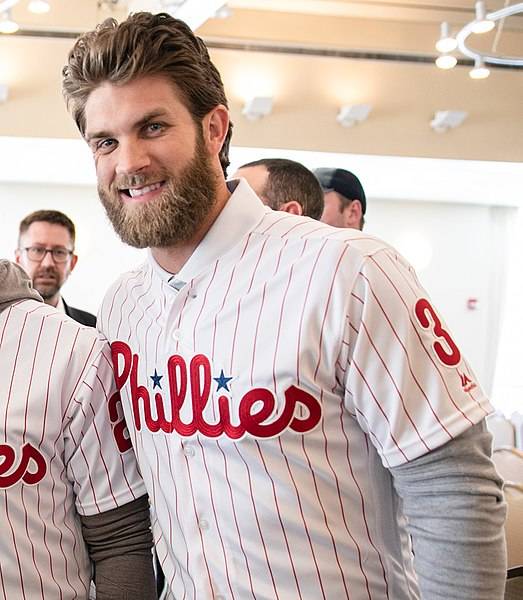 DRAFTING IN THE MIDDLE OF THE NIGHT

As late as March 9th, I had planned to fly from my new home in Hawaii to my old stomping grounds of Washington, DC to see friends and doctors, and then head to New York for the NL Tout Wars draft on March 16th. Then Covit-19 intervened and I canceled the trip, meaning I would be missing the Tout Wars drafts for the first time in 15+ years.

A day after I canceled, however, the Tout powers that be realized that going forward with the live drafts was not compatible with the health crisis facing the United States. OnLine drafts were then set up for the same time as originally scheduled. That was the good news for me. The bad news is that the NL-only draft would be taking place on Sunday at 9 am EDT – or for me 3 am.

I didn’t quite pull an all-nighter (it’s been about 50 years since I pulled one), but going to bed at 10 and waking up at 2:15 is pretty close. And, boy, is it dark here at 2:30 in the morning. Nevertheless, I was feeling surprisingly good as I started the draft with the first throw as the defending champ. The feeling surprisingly good lasted until about the first break – you know that feeling after you get off a redeye flight . . .

Despite the travails of drafting at 0 dark 30, things went pretty well. I used Total Control Drafting (TCD) combined with the Mayberry method. Before my auction drafts, I sketch out a chart with three columns. The first column are the 23 players I would want in a perfect world. I know it’s not likely to happen because my prices for the 23 inevitably edge towards 270+. The second column are the back-up choices I would look to draft if the first column player’s price just was too high even when using TCD. The third column are my choices when prices are too high or I can see I’m going to run out of money. As things turned out, I was able to acquire 11 players from the first column and another six from the second column, so overall I was pretty happy.

Let’s take a look at the whole roster (keep in mind this is an OBP league):

Catchers: Posey 12 and Stallings 2. Posey was a first column choice. He went a couple of dollars more than I budgeted, but I think he’s going to have a nice bounce back season. Stallings was in the third column, but he’s likely to get the majority of starts behind the plate for Pittsburgh. Whether his getting that many at bats is good news is of course a good question.

Corners: Rizzo 31, Longoria 12 and Belt 16.  These were all first column choices. Rizzo was a reach according to my budget, but the cost of first baseman in this draft was off the chart. Longoria was a dollar over budget. Belt was a couple of dollars over – and was acquired due to a bit of an accident. The draft software essentially has a +1 feature. I hit it accidentally, and he was mine. BTW, you’ll note I drafted three Giant veterans, I think they are all a bit overlooked, especially with the changes to Oracle Park.

Middle: McNeil 24, Rosario 22, C Taylor 3. McNeil was a dollar over and Rosario two over, but Taylor was six under. McNeil and Rosario were first column choices; Taylor was second column. Rosario and Taylor give me some necessary speed, so I was happy I could roster them. McNeil and Taylor have great position versatility, a necessity in a league where the player pool penetration  is very deep.

Outfield: Harper 37, Reynolds 19, Nimmo 11, Cespedes 2. (Note Tout Wars replaced the fifth outfielder with a swingman position.) Harper and Reynolds were first column choices; Nimmo a second, and Cespedes a third. Harper was the only one over budget – by two. Reynolds was one under; Nimmo was two under, and Cespedes one under. I think Harper could be poised for a monster year – of course, I’ve felt that before. Reynolds should be solid, and Nimmo is an OBP stud (if he can stay healthy). Cespedes is running at full speed and has at least two months to get into game shape. If he’s anything close to his old performance level, he could be the bargain of the draft.

Swing and Utility: Quinn 1 and Orlando Arcia 1. Both from the third column; both under budget. Not much to say. Quinn particularly has a nice upside if he gets even 50% playing time. Arcia had a nice spring training before things ground to a halt.

Pitchers: Syndergaard 22, Price 16, Kim 7, Anibel Sanchez 3, Chatwood 1, Stripling 4, Burnes 2, Alex Reyes 1, Kimbrel 14. Syndergaard, Kim and Chatwood were first column choices. Price, Burnes, Stripling and Kimbrel were second column choices. Reyes was a third column pitcher, and Sanchez wasn’t on the list, but was acquired late in the draft when I felt I needed another starter and there weren’t many alternatives. As for my thinking on these pitchers, I feel Thor is primed for a really good season. He threw nearly 200 innings last year, so his health issues may be in the past. He also struck out better than a batter an inning while compiling a 4.0 Cmd. Kim came over with great reviews and had done nothing but pitch well this spring. Chatwood is likely to start or have a prominent role with the Cubs. Price appears healthy. Reyes was once a top prospect. I probably have work to do with this pitching staff, but it has a few nice pieces.

Reserves are Wacha, Yimi Garcia, Kevin Cron, and Eduardo Nunez.  They are what they are. If I get value from one or two great.

So overall I’m pretty happy, but now we wait, and wait, and hopefully don’t wait for Godot.