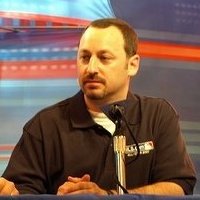 Cory Schwartz is the co-host of the Fantasy 411 on MLB.com, and is Vice President of Stats for MLBAM, overseeing year-round live stats for all MLB, minor league and winter league games, as well as the pioneering Pitch-f/x system. Schwartz has been a fantasy player since 1989 and has competed in Tout Wars since 2002, winning the 2012 Tout Wars mixed league championship. He is also a two-time league winner in the National Fantasy Baseball Championship and the Fantasy 411 listener league.