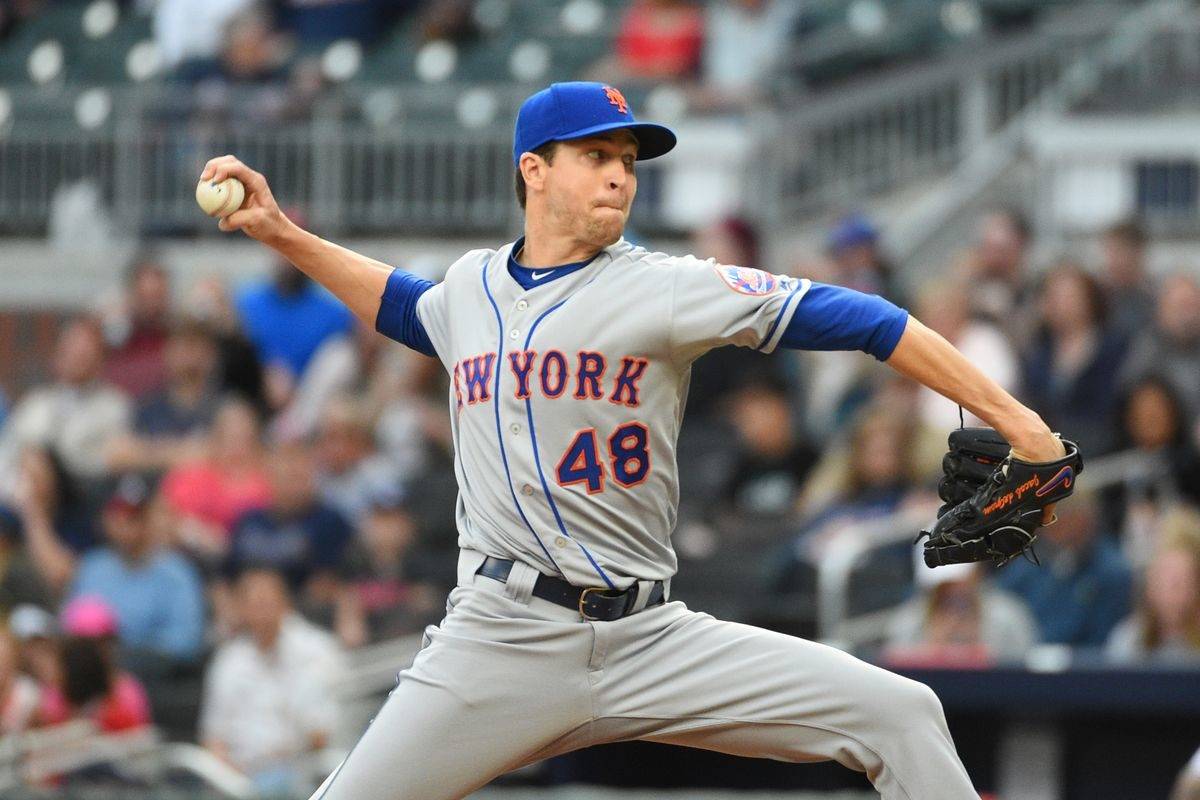 After a one week hiatus from posting picks (last one, pinky swear), the Touts are back at it with the second week of the fourth period. Please note, we’ll be running next week’s contest on Friday night, July 16.

Pitcher: Jacob deGrom – No fooling around, I need points to get back in contention , so taking the best there is!

Hitter: Mookie Betts – When I finished putting everyone on, I had $5200 and that was a Betts salary. Must be a sign!

Pitcher: Jacob deGrom – Price was not nearly as bad as I expected.

Hitter: Joey Gallo – He’s hot and I like the match-up/

Pitcher: Luis Castillo – Taking the discount at $8,500 and rolling the dice on Castillo tonight. He’s hit or miss so far this season.

Pitcher: Merrill Kelly – Everyone will use Jacob deGrom, as they should. Most will be on Luis Castillo and that is not a horrible idea either. I’ll tout a lower rostered tournament play in Merrill Kelly. Kelly has put up 20+ DK points in three straight starts. He brings a nice 20.5% K-BB, while allowing 1 run or less in 2 of 3 starts. He faces the Road Rockies tonight who are striking out 30.6% of the time versus RHP in the last month while only hitting .183. Not many will play Kelly so enjoy the leverage on the field.

Hitter: Joey Gallo – There are not many hotter hitters in baseball than Joseph Gallo. He is hitting .370 over his last eight games with eight home runs and a 1.744 OPS. Gallo is barreling the ball 56.3% of the time with a hard-hit rate of 75% as well. He gets a matchup versus Urena tonight that most power hitters druel over.

Pitcher: Luis Castillo – Has settled down after a rough start to the season, pitching to a 2.13 ERA and a 1.03 WHIP in six outings since the beginning of June, and the $8,500 price is quite attractive.

Pitcher: Jameson Taillon – I wish I could count on Dane Dunning to pitch at least five — but I can’t, so I won’t. I like the Kelly call above, his tag-team partner for me will be Jameson Taillon. Seattle is generous with the strikeouts, so less hope their feeling magnanimous this evening.

Hitter: Bryce Harper – Good hitting weather on the North Side. Maybe this is the night Harper hits one out with some traffic. Hey, a guy can dream.