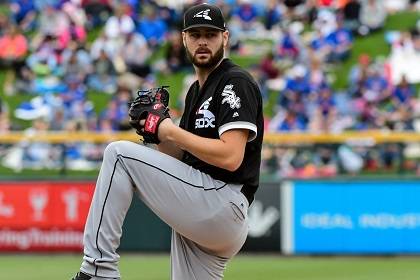 The first three Golden Tickets will be awarded tonight as the first of five Tout Daily periods comes to a close. There are several Touts vying for entry into the Tout Daily Championships, here are some of the players the participants are count on.

Pitcher: Buehler Scherzer – The two best pitchers on the slate and the best chance to get good pitching points, both good for 15-20. But you’ll pay the price with hitters!

Pitcher: Walker Buehler – Buehler? Buehler? Buehler? Look for the Reds hitters striking out at least nine times tonight. The league average for hitters striking out is 25% which the Reds average 29%. He struck out 12 hitters over his first three outings, but in his last start, he struck out nine San Diego Padres over seven innings. He leads all Los Angeles Dodgers starting pitchers with a team low 2.16 ERA.

Pitcher: Christian Javier – After the lowest points total in the history of this contest from someone actually putting in a lineup, I need to get back on track, so it’s back when I used to be good and used two top pitchers and figured out the rest.

Pitcher: Lucas Giolito – Fresh off a Fenway implosion, expect Giolito to bounce back in a big way versus a Tigers offense that ranks last in the majors in OPS and 4th in strikeouts.

Pitcher: Christian Javier – He’s less expensive than some of the bigger name pitchers and I like the Mariner match-up

Hitter: Jose Altuve – Aside from COVID, he’s been hitting well.

Pitcher: Lucas Giolito – I’m with Zach here. Giolito will be out for blood tonight. Tiger blood. (Figuratively, of course.)

Hitter: Nico Hoerner – Hoerner’s a cheat code at $2500 leading off again for the Cubs and hitting a cool .429 in five games. Maybe his zero runs scored will scare off some people.

Pitcher: Lucas Giolito – Sure, GioDude’s last outing against the Red Sox was one of his worst starts in years but the Tigers offense is an excellent ‘soft’ landing spot.

Pitcher: Lucas Giolito – I guess we’re all going to live or die by this ultra chalky rebound play. Easily the best pitcher projection in a top-heavy slate.

Hitter: Andrew Knizner – Kind of a poor man’s Yermin Mercedes. Has plus feel to hit (lacks Mercedes’ power) and also can’t catch worth a lick.

Hitter: Alex Bregman – Bregman is hitting .370 with 2 of his 3 HRs versus lefties this season and he faces a LHP in Gonzales tonight in Houston.