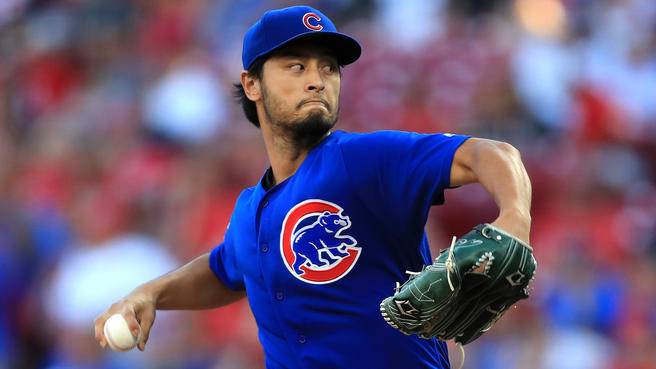 We start with a clean slate as both the Tuesday and Friday initial three-week periods are complete. Tonight begins another chance at Golden Tickets into the Tout Daily Championship. Here’s who a few of the Touts are relying on to get them there.

Pitcher: Nate Pearson – Coming off his worst outing in three MLB starts, it’s time for Pearson to show his true talent against an overachieving Orioles lineup.

Hitter: Luis Garcia – I don’t really like ANY of the second basemen today, so I’ll go cheap with the Nats rookie who just hit his first MLB homer last night. That’s two rookie picks on one slate!

Pitcher: Carlos Carrasco – He’s averaged over 7 K’s per outing this season, so you have to like his chances tonight at Pittsburgh. At $9,900, he’s not cheap, but there are a lot of other pitchers I would not touch tonight.

Hitter: Max Kepler – Kepler’s batting average is nothing to brag about at .231, but he hit his 6th home run last night and I love his $4,700 salary tonight.

Pitcher: Yu Darvish – Darvish will be the chalk, no doubt, but there’s no need to get cute in cash games. He’s added velocity this year and is using his fastball less (almost always a good thing for a pitcher), and today he gets 10+ mph winds blowing in in Wrigley, which is the equivalent of like 30+ mph anywhere else. Pay up and move on with your life.

Hitter: Rhys Hoskins – The impression is that Hoskins is having a bad year, and now he’s $4,900 on DK. But his K% is down, BB% is up, and his Statcast numbers are all in line or better than previous years. His xwOBA is near .400. Give him a big park upgrade into Fenway and a weak opposing pitcher in Godley, and you have a very strong play.

Pitcher: Masahiro Tanaka – Like the price and he’s pitching well…can go deep into game, get 7+ k’s

Pitcher: Yu Darvish – The obvious play tonight as the most expensive pitcher on the board. He faces a Cardinal team averaging less than 4 runs per game

Pitcher: Yu Darvish – Going back to the style when I used to actually be sort of good at this – pay for pitching and figure out the rest