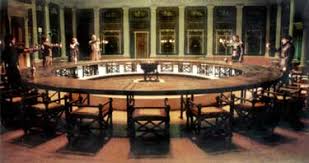 As a follow up to the last Tout Table on Pitching, the Touts were asked:

How do you go about deciding what hitters to have active and is the process any different now than it was earlier in the season?

Brent Hershey (Baseball HQ, @BrentHQ): I start reading the tea leaves from an MLB-team playing time perspective more than earlier in the season. Much more consideration this time of year to which MLB squads are in the playoff hunt, and which ones are not, and how that affects MLB playing time. It’s not the only example, but many gains to be had from ID’ing out-of-the-race teams and looking for which positions they are holding early 2022 auditions for. Rangers outfielders; Nationals infielders, etc. And note that the players getting longer looks might not always be prospects.

Brad Johnson (Patreon/BaseballATeam, @BaseballATeam): I think the biggest difference relates to playing the scoreboard. We know exactly where we have leads and deficits in the standings and should be able to calculate which of those can change. Generally (though not always), I’ll use more volatile players over safe choices if I need to overcome specific deficits. An example of that would look something like using Hunter Renfroe over Bryan Reynolds if I know I need to max out power. Conversely, if I’m preserving leads, I’ll check the standings often and plan accordingly – you never know when a rival is going to catch a huge performance and change your plans.

Patrick Davitt (BaseballHQ, @patrickdavitt): Playing time decisions are pretty periodic in nature, so the best bet is to look at your players’ teams **at the moment** to decide who might play and who might not. In general, it might be true that teams in playoff contention are less enthusiastic about bringing in new young talent, and that teams out of the running will want to “see what they have” for next year and/or want to protect their veterans from adding wear and tear in a lost cause. But while those factors are generally probably true, they are rules that are bound to have a ton of exceptions because of specific circumstances. So in a weekly-moves league, sit down on Sunday (or whenever) and go through your player’s teams and see if there are any extenuating circumstances that supercede the general rules.

Peter Kreutzer (Ask Rotoman, Fantasy Baseball Guide, @kroyte): As we come to the end of the season my attention shifts from bulk at bats to plate appearances that are going to help. Depending on the standings this can mean benching homer hitters with bad averages, or playing them. Depends on how the categories break. The goal is to maximize where one can without giving the points away elsewhere. Also, weekly pitching matchups indicate whose chances are better or worse, though that isn’t so much an edge that you won’t get burned at times.

Jeff Zimmerman (Fangraphs, The Process, @jeffwzimmerman): In all fairness, it’s probably too late to make a move. Altering the roster’s makeup should have happened around the All-Star break to make progress in certain categories. The only players I may target a little more are regulars on contending teams. The team is hoping to make the playoffs, so they’ll play their best hitters

Rudy Gamble (Razzball, @RudyGamble): My primary process is still looking at the Razzball weekly hitter values and picking the best possible starting 14. These 14 are likely to also have the most projected PAs. If there are some coin flip decisions, I’m more likely this time of year to use the Roto standings to pick the best option (especially for SB-centric players).

Jock Thompson (Baseball HQ, @JOCKatHQ): At the beginning of the season, it’s mostly about playing time and my general valuation of the hitter, opposing SPs maybe a little. Now it’s immediate playing time,immediate schedule friendliness (opposition pitching staff) and how hot/cold the hitter might be.

Jeff Boggis (Fantasy Football Empire, @JeffBoggis): I pay more attention to hitters by 7 day, 14 day, and 30 day statistics versus what they have done on the season. I also try to spot the hitters that are trending in the right direction and not fading down the stretch. That can be masked in their overall stats, versus a smaller sample size in reverse chronological order.

Charlie Wiegert (CDM Sports, @GFFantasySports): Schedule is a major concern, 7 games is better than 5! I’m realistically looking at the categories I can improve in, and trying to use players who should produce what I need. Somehow I’m overloaded in stolen bases and need RBI. I also look at the upcoming pitchers and try to stay away from the aces, and still try to get guys in going to Colorado,

Greg Jewett (Fantasy Alarm, @gjewett9): In leagues where counting statistics provide an opportunity for points gained, getting as many at-bats possible and targeting team needs remains tantamount down the stretch. Bradley Zimmer getting a combo meal on Wednesday helps in two categories. Discerning the best match-ups each Monday and Friday based on opponent along with if a hitter resides in a platoon makes a difference with five weeks remaning.

Bret Sayre (Baseball Prospectus, @BretSayreBP): In my opinion, there’s a lot of overthinking about lineup construction when it comes to the end of the season. I’m going with my best hitters regardless of who they match up with, but in the case of a tiebreaker situation, I will look for players who are facing teams that are out of the playoff hunt. Additionally, making sure you’re on top of playing time tendencies in August/September is important because when we get to the end of the season, counting stats matter more than rate stats.

Toby Guevin (BatFlipCrazy Podcast, @batflipcrazy): I look at the upcoming schedule, especially any difference in number of games playes, as well as opposition. This time of year it’s important to know as much as possible about how teams construct their lineup, so you know about likely platoons and how many games each player is likely to get. With any very close calls, I also look at projections for that week/half week to see what they say and whether I think they’re based on the right playing time.

Eric Cross (Fantrax, @EricCross04): It’s all about maximizing games and prioritizing which hitters have performed well of late. Stop hoping for Player X to turn it around and play the hitters that are currently performing well and/or have a favorable upcoming schedule.

Scott Swanay (FantasyBaseballSherpa, @fantasy_sherpa): With injuries having decimated many fantasy teams’ hitting lineups, I’d be surprised if most owners will need to deliberate as much re which hitters to start as which pitchers to start. That said, if you’re deciding between two hitters of similar talent levels, I’d base my decision on a combination of (1) the number of games their team will be playing for the upcoming week, (2) the handed-ness of the starting pitchers their team will be facing for the upcoming week (esp. if the player is in a platoon), and (3) categorical needs.

Doug Dennis (BaseballHQ, @dougdennis41): Not really a lot of change to the process. Trying to maximize PAs and if I have a category that I must take over others, I aim to do that. September is often a weird month for teams who are out of contention, as others have pointed out.

Shelly Verougstraete (Dynasty Guru, @ShellyV_643): I’ll echo everyone pretty much everyone else at the Table. You have to maximize those PAs and IPs. Those zeros can kill your chance at the raising that championship flag this year.

Todd Zola (Mastersball, @toddzola): I’ll get a little more specific. Matchups are paramount with fringe players, especially when looking at platoon matchups. One of the dangers come September is looking at the probable pitching list and planning accordingly. The problem is pitching plans change on a whim, so be especially careful when using a player mostly on matchup since that could flip on a manager’s whim. I hate to be the bad guy here, but similar to what I said last week, playing the hot bats isn’t prudent. Back to platoons and playing time — another thing to monitor is how players are being managed down the stretch as often, they’ll be lifted for a pinch-hitter, though with limited roster expansion (just two slots), this is less worrisome.