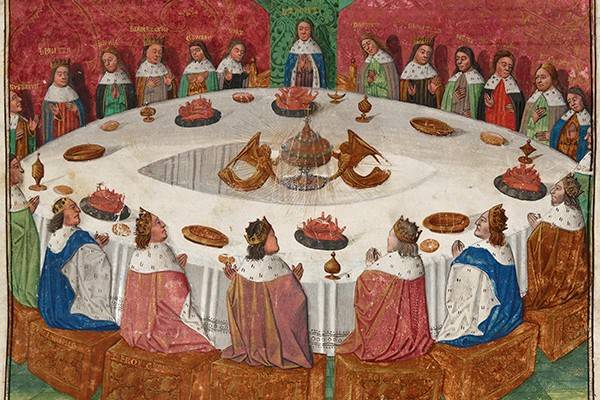 Setting your active lineup is always important. However, with Labor Day fast upon us, there is less time to make up for choices not working as planned. With that in mind, the Touts were asked:

With the understanding moves at this time of the season are driven by team needs, what other factors do you look at when deciding who to use as your pitchers in a given week?

Jeff Zimmerman (Fangraphs, The Process, @jeffwzimmerman): I try not to overthink it. If the pitcher was viable for first 90% of the season, they are fine to start at the end. The only time I’d consider changing that take is if the team comes out and says something different.

Perry Van Hook (Mastersball, @): I would look at opponent; ballpark; and win (or save) percentage. Strikeouts are only a consideration now if that column can give me more points.

Clay Link (Rotowire, @claywlink): I’ll look at my standing in individual pitching categories, and if it makes sense to pivot away from one or two, I may do that. But typically I’m just trying to put forth my best possible lineup and most of the time that “best” lineup is pretty obvious between injuries/poor matchups, etc.

Todd Zola (Mastersball, @toddzola): Matchups are still king for me and even though the sample size is small, especially for offenses facing lefthanders, I’ll pay more heed to what opponents have done since the trade deadline to get a better feel for the lineup potential after deadline deals. We also have more data on the pitchers and even though I don’t rely on stabilization points since their usage is faulty, I will look for tangible skills changes and try to find what is driving it (in either direction) to get an idea if the pitcher is different than what his season-long numbers suggest. Spin rate is a tricky indicator, but I’ll use that, velo, pitch arsenal and pitch mix and look for any in-season changes.

Jon Hegglund (Baseball Prospectus, @JonHegglund): Depends on the category needs, but I’m really all about the starters that have at least a chance to get to five innings. With starter length, and hence starter wins, at historic lows, I have no use for marginal guys if they’re going to be tandem starters or the opener of a more-or-less bullpen game–even if the ratios and Ks can be tempting. I suppose I’m also looking at team context in terms of win potential–for the back of my rotation I would prefer a Nestor Cortes type over, say, a Merrill Kelly type.

Doug Dennis (BaseballHQ, @dougdennis41): I wish I could be like Jeff and not overthink it, because when I do, I am usually too clever by half. I think you should use the best pitchers you have and if you are too afraid of harming ERA/WHIP because of a given matchup, then ok, don’t use them, but that was true in May, too. Maybe too simple, but if this has gotten you this far, why change it to something less optimal now?

Brad Johnson (Patreon/BaseballATeam, @BaseballATeam): I’m sure this will be a standard refrain – pick on weak offenses. Using large samples (i.e. the full season) is always a good idea, but keep an eye out for changing circumstances. For instance, the Cubs now have a bunch of fly ball hitting, all-or-nothing sluggers so be careful using any pitch-to-contact types against them – especially when the wind is blowing out at Wrigley. Otherwise, you’re probably picking on their high strikeout rate every day. Off in another direction, there’s usually a veteran or three who struggled earlier in the year and will finish strong. J.A. Happ might be trending that direction. Conversely, watch out for young guys who turn up exhausted in September.

Michael Beller (The Athletic, @MBeller): I’m going to double down on what Jeff Zimmerman said. Don’t get too cute with things just because it’s the end of the season. If we were good enough to reliably predict pitcher performance to the extent that we’d be comfortable with Pitcher X from April through August, but no longer comfortable with him in certain spots in September, we’d all be living in beachside mansions in Malibu. If you trusted a guy two weeks ago and there isn’t an obvious reason to not trust him now (injury, multiple bad performances that appear to be a pattern, etc.), you should trust him today, tomorrow, and for the rest of the season.

Patrick Davitt (BaseballHQ, @patrickdavitt): Like everyone else: Stick with your generally good guys, play matchups (platoon, opponent strength, park, etc.) or tarot cards or goat entrails on the rest.

Charlie Wiegert (CDM Sports, @GFFantasySports): In a couple of my leagues where I will not gain or lose points in the saves category, I’ve benched and dropped closers for additional starting pitchers , focusing on two start pitchers to maximize strike outs.

Toby Guevin (BatFlipCrazy Podcast, @batflipcrazy): With starting pitchers it’s schedule (opponent, home/away) and I try to identify any skills changes (velocity, pitch mix) that might explain why they’ve gotten better or worse. I also look at weekly projections via Razzball. For relievers, I look at numbers of games and opponent if they are borderline. Closers are generally in all the time.

Peter Kreutzer (Ask Rotoman, Fantasy Baseball Guide, @kroyte): Totally driven by the standings situation. If I need wins and strikeouts, load up on starts and hope I get luck with ERA and WHIP. If I’m protecting ERA and WHIP, load up on relievers and hope I get lucky with wins. Making up ground at this point is all about putting as many pieces in place and hope your guys get hot. Traditional roster expansion in September often created opportunities for pitchers to face mostly Triple-A quality lineups. This year rosters expand to just 28, so that should be less of a factor, but something to keep an eye on if you set daily lineups.

Jeff Boggis (Fantasy Football Empire, @JeffBoggis): It all revolves around where I can realistically gain ground without jeopardizing my current lead in other pitching categories. If it is WHIP or ERA then middle relievers are in the mix, if wins are what I need, then starting pitchers that have favorable matchups are in store. If it is saves, then that is where I have to be smart and find setup men that may get an occasional save.

Scott Swanay (FantasyBaseballSherpa, @fantasy_sherpa): Matchups for starting pitchers – taking into consideration both the offensive prowess (or lack thereof) of the opposing lineup, and the opposing starting pitcher. The latter is obviously less important if I’m not chasing Wins, but even if you aren’t, there’s a greater chance your starting pitcher playing in an NL park will be lifted if his team’s behind in the game, which could cost him an inning or two. For Middle Relievers, I try to assess both the likelihood of a Win and their expected impact on Ks and ratios. For Closers I’m less likely to play matchups simply because my decision whether to include them in my lineup for a given week is dictated primarily by whether I’m prioritizing Saves or not.

Tim McCullough (Baseball Prospectus, @TimsTenz): I’m paying much more attention to starting pitcher matchups than I typically do at this time of year. Since I’m in a tight race in all three counting stat pitching categories I look for sound reasons to sit starting pitchers and keep all my closers and middle relievers in there. I’m pretty stable in the ratio categories, so I can pretty much pitch whoever I want and not worry much. We’re also in this odd situation in which saves are almost easier to come by than wins. I’ve pretty much decided that September will likely see me use those closers and middle relievers much more often than my starters (several of whom are clearly mediocre anyway). I also expect we’ll see an even higher percentage of the wins going to those middle relievers in September. Innings will be spread out amongst the whole staff on most of the teams whether they’re contenders or not.

Jeff Erickson (Rotowire, @Jeff_Erickson): I look at all the decisions I’ve made in Tout this season, think about the reasoning I made in that league, and then do exactly the opposite in my other leagues.

Greg Jewett (Fantasy Alarm, @gjewett9): Match-ups, especially in leagues with ratio categories closely bunched. Reading about reduced workloads, innings limits on the horizon. It takes due diligence over this marathon of a season, but it may pay off in the end. Targeting pitchers like Collin McHugh, Codi Heuer and other relievers capable of logging multiple inning outings with win potential prove beneficial down the stretch.

Shelly Verougstraete (Dynasty Guru, @ShellyV_643): I’m going to echo what many other Touts have said. Don’t get cute. Also, if your ‘stud’ pitcher had an unexpected bad outing, pull up the quick wrap-up video on MLB. For example, Zack Wheeler was cruising through eight innings against the Rays. The manager put him back out their in the ninth and then gave up 5 earned runs. If he would have only threw 8 innings, the start would have looked 100% better.

Michael A. Stein (Fantasy Judgment, @FantasyJudgment): I am looking at matchups for starting pitchers, specifically for teams that are in or out of contention. At this point in the season, teams that are out of playoff contention are more likely going to give chances to younger, unproven hitters which makes a matchup more appetizing. I am also looking for any pitchers that are against the Mets because they couldn’t hit water if they fell off a bridge. Saves are always more volatile, so I would only prioritize closers on teams that have something to play for over the final month.

Todd Zola (Mastersball, @toddzola): Oh yeah, one more thing. While batting streaks are largely non-predictive, pitchers genuinely throwing well tend to continue throwing well. Of course, it eventually ends, but the odds are better then 50% for a pitcher in a groove to stay in the groove. While this is important to understand all season, there is more data now to analyze the skills and delineate from the happenstance.

Note: We’ll answer the same question for batters on Monday.

One thought on “Tout Table: Choosing Pitchers Down the Stretch”